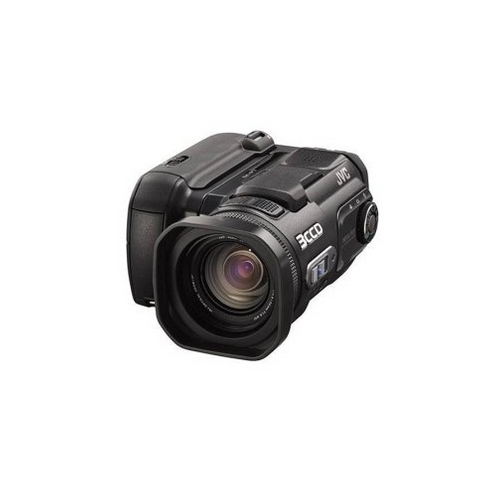 Still images or video--capture either 60 minutes of DVD-quality MPEG-2 movies or thousands of super-high resolution UXGA-size JPEG pictures with the Everio--the first camera to use Microdrive technology. The included 4GB Microdrive card, though it is the same size as Compact Flash card, has such unprecedented capacity because it is has its own built-in HDD (hard disk drive).

Until now, tapeless formats have been severely limited in the length and quality of video capacity, but the Everio's Microdrive lets you shoot up to 60 minutes of high quality MPEG-2 video--and even more in lower resolution modes. A selection of recording modes lets you choose more quality or more shooting time. The highest quality Ultra mode records at a constant bit rate of 8.88 Mbps with AC 3 audio--comparable to the DVD data rate (average 4 Mbps video/9.8 Mbps maximum). Essentially what you get is DVD quality, with the same video and audio format as a movie DVD. And the number of still photos that will fit on the Microdrive card is nothing less than awe-inspiring: More than 5,000 of the highest resolution images (1600 x 1200 fine).

Versatile, Lossless Data
Store what you've shot on the provided Microdrive card, optional CompactFlash or SD Memory Cards. size as a CompactFlash card, but with many Gigabytes of capacity. You can eject the Microdrive card, just as you would a CompactFlash or SD Memory Card, and load data into your PC via optional card adapter. Or simply connect the camera via its USB2.0 interface for quick downloading to a PC. All transfer is digital-to-digital, so you won't lose any quality in the process.

Multi-Format Support
In addition to making it easy to create DVDs, the supplied software converts to a variety of file formats for distribution via the Web or by e-mail. Supported formats include DV-AVI, Windows-AVI, MPEG-1 and MPEG-2, as well as Windows Media Video and RealVideo that can be streamed over the Internet. 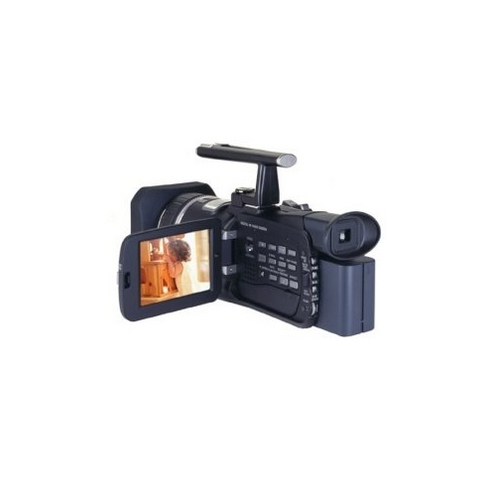 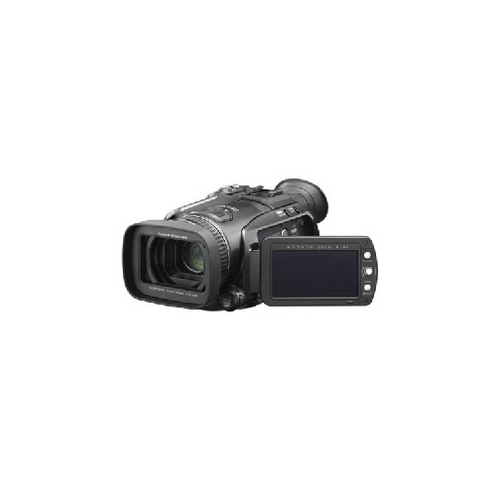