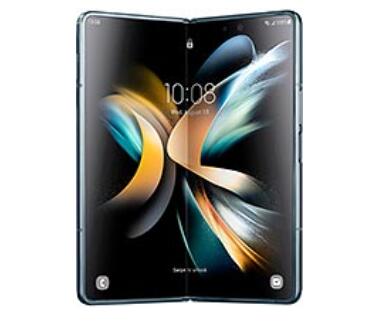 Galaxy Z Fold 4 is a premium foldable smartphone from Samsung. The phone is available in three variants comprising 12GB+256GB, 12GB+512GB, and 12GB+1TB. A few of the highlighted features of the smartphone include IPX8 water-resistant rating, Dolby Atmos audio with stereo speakers, a 120Hz AMOLED 2x screen backed by Gorilla Glass Victus, and a 50MP triple rear camera setup & dual front cameras, a side fingerprint scanner, etc. Let’s read more about the phone and see how it differs from the previously released Galaxy Z Fold 3.

Galaxy Z Fold 4 brings a nearly identical design to the other Galaxy Foldable phones. There are no major differences in design, but it has some refinements compared to its siblings. The phone comes with a solid build and uses a slightly thin hinge this time. The phone weighs around 263 grams which is reasonable considering its design. As for the colors, the device is available in Gray-green, Phantom Black, and Beige color options.

The smartphone carries a 7.6-inches main display with nearly 91% of the screen-to-body ratio. It has a QXGA+ Dynamic AMOLED 2x panel with a 2K resolution of 2176x1812px and a pixel density of 374ppi. Also, the display refreshes at 120Hz and is HDR10+ certified for better picture quality. On the other side, the folded Galaxy phone offers a 6.2-inches cover screen with a punch-hole notch and has a resolution of 2316x904px with a pixel density of 402ppi.

Samsung Galaxy Z Fold 4 smartphone uses a premium Snapdragon 8+ Gen1 octa-core processor paired with an ample 12GB of LPDDR5 RAM and a powerful Adreno 730 GPU for intense multitasking and graphic performance. Also, it has 256GB of built-in UFS 3.1 storage that boosts apps/games’ launch time and data transfer rate. Besides, the phone runs on the Android v12 operating system with OneUI 4.1 skin on top.

A 50MP triple-rear camera setup lies vertically on the smartphone. Samsung includes a 50MP primary camera with an aperture of f/1.8, a 12MP ultrawide camera with a 123˚ field of view, and a 10MP telephoto sensor for better close-up shots. As far as the selfies are concerned, the phone uses a 10MP cover camera (folded) and a 4MP in-display camera for video chats and selfies. Camera features include up to 30X space zoom, 3x in the optical zoom, dual OIS, scene optimizer, night mode, super slo-mo, etc.

Samsung Galaxy Z Fold 4 smartphone equips a 4400mAh Li-Po battery under the hood. It gets charged via a 25W power adapter (sold separately) that claims to deliver 0-50% of the juice in around 30 minutes. On top of that, the phone supports fast wireless charging 2.0 and a reverse wireless charging feature.

The connectivity features of the phone are 4G, VoLTE with dual standby, 5G (in-selected markets), Wi-Fi 802.11, Bluetooth 5.2 with faster pairing and lower latency, NFC, and a USB Type-C 3.2 port. Besides, the phone comes with GPS with A-GPS, GLONASS, Galileo, and BeiDou for live location tracking. 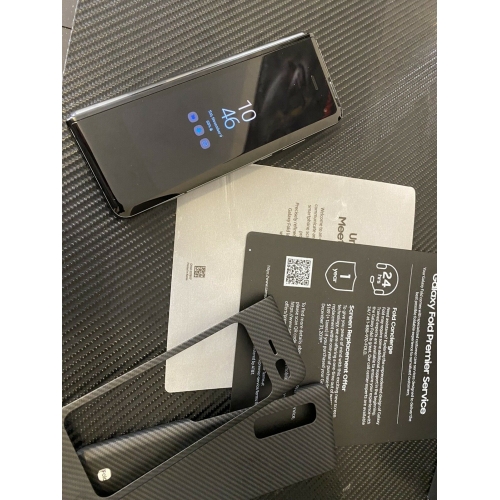 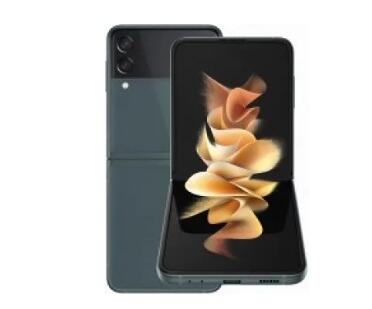